The Corpus Christi Metropolitan Planning Organization (CCMPO), in cooperation with the City of Corpus Christi (City), initiated the Regional Parkway Planning and Environmental Linkages (PEL) Study to further refine transportation needs and potential route alignment alternatives for two of the seven segments of independent utility identified in the Regional Parkway Mobility Corridor (RPMC) Feasibility Study (2013). The RPMC yielded seven segments, Segments A to G; this PEL centers on Segments A and B, as well as the future extension of Rodd Field Road. Segment A extends from the intersection of Park Road 22 (PR 22), on Padre Island to an area just south of the proposed extension of Rodd Field Road. Segment B extends from the western terminus of Segment A to the intersection of State Highway 286 (SH 286) (Crosstown Expressway).

The preparation of this report has been financed in part through grant[s] from the Federal Highway Administration and Federal Transit Administration, U.S. Department of Transportation, under the State Planning and Research Program, Section 505 [or Metropolitan Planning Program, Section 104(f)] of Title 23, U.S. Code. The contents of this report do not necessarily reflect the official views or policy of the U.S. Department of Transportation.

Refined Alignment Alternatives for Regional Parkway (Segments A and B)

The evaluation results lend themselves to a phased approach to future development. Project implementation can be phased over time to provide incremental benefit in terms of improved mobility and enhanced travel safety as the study area continues to experience growth. The PEL Study recommends each of the alignment alternatives A-5, B-4, and R-3 as shown in the figure below be carried forward and added into the City of Corpus Christi’s Urban Transportation Plan.

What is the Regional Parkway?

Responsible planning demands anticipating the future. As Corpus Christi, Nueces and San Patricio Counties and other surrounding communities grow, additional transportation infrastructure will be needed to accommodate this growth. Several years ago, transportation planning entities in this region undertook a Feasibility Study of a facility which could create a second connection to North Padre Island swinging around through Nueces County and ultimately connecting to I-37 in San Patricio County via a new crossing of the Nueces River. The Feasibility Study was completed in 2013.What is the Regional Parkway?

As envisioned, this parkway would be an at-grade facility with limited access. It could accommodate vehicles and possibly mass transit, bicycles, and/or pedestrians. As practical, it might incorporate existing roadways as well as include construction of new roadways and bridges. It is likely to be phased

The Study determined that the parkway was feasible and identified seven segments. These segments each encompass a broad area, but the study did not identify a specific path for the facility within each segment. It did set the stage for future work and also identified two segments as potential priorities for additional efforts given the growth in those areas. These are:

Segment A from Park Road (PR) 22 to a proposed Rodd Field Rd Extension (approx. 9.5 miles); and

The City of Corpus Christi (City) and the Corpus Christi Metropolitan Planning Organization (MPO), two of the original partners in the Feasibility Study, wished to move forward on the next level of study for Segments A and B and have funded a Planning and Environmental Linkage (PEL) Study on these two segments.

Map of all segments of Regional Parkway

What is a PEL?

This PEL Study will identify up to three route alternatives, including a no-build option, in each segment. It is a long-range planning effort; construction of the proposed parkway, if built, would not take place for many years. Design and construction funding have not been identified.

The graphic on the next page shows the development process beginning with the Feasibility Study and continuing through the PEL Study and other future possible steps. The NEPA (National Environmental Policy Act) process would require an Environmental Impact Study (EIS) or studies to be undertaken if any federal funds will be used in the project. Again, no funding has been identified for future phases, if any.

What are the Potential Benefits?

Constructing this proposed parkway would link key destinations in or near Corpus Christi and provide other potential benefits including:

Map of Segment A from PR 22 to Rodd Field Rd. and Segment B from Rodd Field Rd. to SH 286 showing the identified corridor planning areas. Actual facility would require only a small area within the highlighted segments. Subject to revision.

Contact the Corpus Christi MPO at 361.884.0687 or email us, if you have any questions regarding this study.

Completed in January 2013, the Regional Parkway Mobility Corridor Feasibility Study determined whether a new roadway was needed to alleviate congestion, provide an alternate route in portions of Nueces and San Patricio Counties, and to plan for forecasted growth in the region:

April 12, 2017 - The Regional Parkway Planning & Environmental Linkage (PEL) Study which centers on Segments A and B, as well as the future extension of Rodd Field Road has been COMPLETED.

1. Regional Parkway Segment A & B 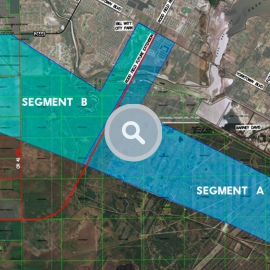 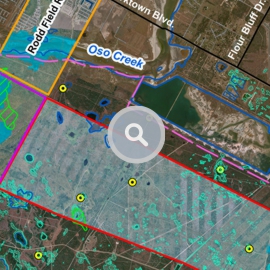 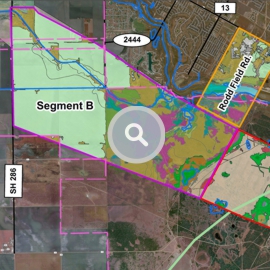 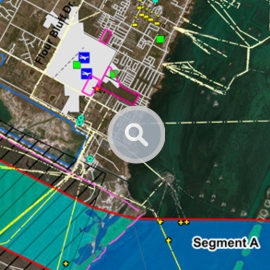